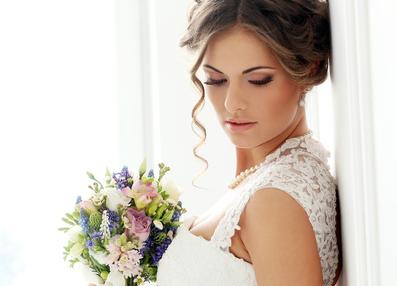 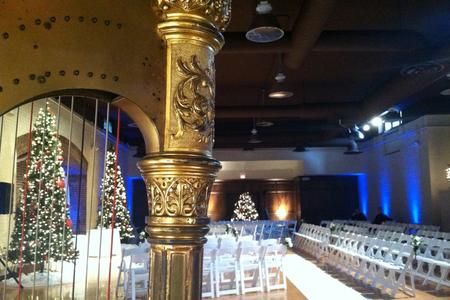 Selecting the perfect music
Plan for 'moods' when selecting music for your special day to make your wedding uniquely yours!

A Message from Roseann

For more than 25 years, my brides and party clients have called

to their wedding or special event.  For them, the heavenly sounds of a

concert grand harp, combined with a violin, flute and cello echoing through

the room or garden is enough to set the perfect mood for their guests.

done their research and they know what they want. And for an increasing

number of people, their weddings and parties are anything but ordinary.

“I want to come down the aisle to Coldplay,” said one bride this year, whose fiancé had the popular band’s CD playing in the car on their first date.  She entered the church and made her stately walk toward her waiting groom to the song “Yellow.”  The two exited the church to the sounds of the harp, violin and flute spiritedly playing Coldplay’s “Viva la Vida.”  Another bride came in to her favorite song, Christina Perri's "A Thousand Years," while she and he groom exited to his favorite song, AC/DC'S "Thunderstruck."

AS A MUSIC PLANNER, NOTHING SURPRISES ME ANYMORE.

We’ve played “Somewhere Over the Rainbow” for a bridal processional and the Kenny Loggins’ “Danger Zone” for a recessional. One couple who’d just adopted a 3-year old girl, wanted the theme from “Barney” as their daughter walked down the aisle dropping rose petals, and they selected numerous Disney songs to be played throughout the prelude.

A 50th Anniversary party we played included a song list that had special meaning to the couple,  including “Take Me Out to the Ball Game,” to celebrate their first date; “Cielito Lindo to mark their trip to Mexico, “I Love Paris,” and “Spanish Eyes” to remember two special vacations overseas, and “New York, New York,” which had special meaning to the couple who attended numerous Broadway shows.  Throughout the event, we performed themes from numerous movies and musicals that were special to the guests of honor.

Songs like Bruno Mars’ “Just the Way You Are,” Jason Mraz’s “I’m Yours,” Led Zeppelin's "All of My Love," the Rolling Stones “She’s Like a Rainbow” and Bon Jovi’s “Living on A Prayer” are only a few of the pop pieces brides requested this year.

We've played everything from Bob Marley to Frank Sinatra and honored one bride's request for an "All Beatles" wedding; however,

I still get the traditional clients who seek a string quartet because they absolutely love classical music.

Regardless of whether you know what you want or you defer to me to make musical choices for you, my question is always the same:

WHAT MOOD DO YOU WANT FOR EACH MOMENT OF YOUR SPECIAL DAY?

Each moment of the celebration has its own mood, and musicians can do so much to harvest that mood, from start to finish. The prelude music while guests are arriving and socializing over cocktails can be upbeat and fun, before slowing it down and changing to  more elegant and romantic mood for dinner.

The key is, every bride has a vision of how her wedding will look, but should also consider how each and every moment will feel for them and for their guests.  My best advice, then, is to think not just about the music, but about the moments you want to create on your wedding day or at your special event.


ONCE YOU KNOW WHAT MOOD YOU WANT TO CREATE, SELECTING THE RIGHT MUSIC IS EASY AND FUN

Ask anyone whose attended a wedding or party recently, and they aren’t likely to remember as many details about the venue, the decorations, the party favors or even what you wore, as they are to remember details of the things that affect them personally—the food, yes, but even more, the music.

So be thoughtful and creative as you select the right musicians and music for your special event, so that you and your guests can enter the moment, and truly enjoy each and every moment that follows on your special day.


Roseann Canfora, Ph.D. is one of Cleveland, Ohio’s most popular harpists, known for her unique blending of harp with violin, flute, and cello in unique adaptations of both classical and popular music.  She and her Celestial Strings Harp Duo, Trio and Quartet have performed at weddings and company events throughout Northeast Ohio for more than 25 years.